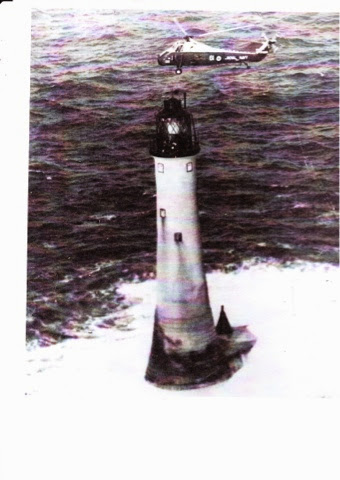 Happy christmas and New Year everyone, it's been a while I know but honestly I was caught off guard with the Christmas orders through our online shop , I've been trying to keep everything up to date with the going's on and if you follow me on Twitter @sytchfarm or Facebook/sytchfarmstudios you may well have seen these imagines before but I wanted to say a little more about them.

The image above I asked my Dad to send to me, the reason I was lucky enough to be brought up in Cornwall was because my Dad trained to be a lighthouse keeper, and was for many years. He has some beautiful photos of sunsets and rises from the top of lighthouses and it's easy to imagine how stunning it was to see all of that. In the photo above they were being delivered a Christmas Tree from "Blue Peter", after the filming finished they had to lop off the bottom section as it was too big to fit inside!

My family was based initially in the village of St Agnes. St Agnes is well known now and pretty popular but retains a strong local community. It's from here on the cliff edges just outside the village that I get my clay from, I've been buying clay there for years. I use Doble White Throwing Stoneware which has a grainy quality when throwing and the smoothest surface when thrown. It's super strong too and a beautiful cream/white.

Here's a photo taken by Stephen Perez of one of my bowls at 'The Coach' Marlow, part of Tom Kerridge's order, the outside of the bowl is unglazed, showing the smoothness and colour of the clay. 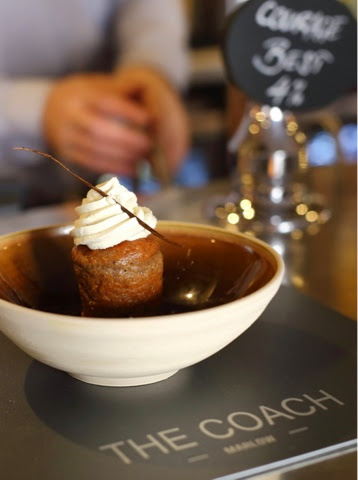 Stephen has been great and has put me in contact with Paul Ainsworth who owns two restaurants in Padstow. Paul loves the my work, which is great! and I'm going to be making work for his new venture 'Rooms' along with some pieces for the restaurants. I'm really looking forward to meeting Paul in the New Year and discussing what types of pots he wants. 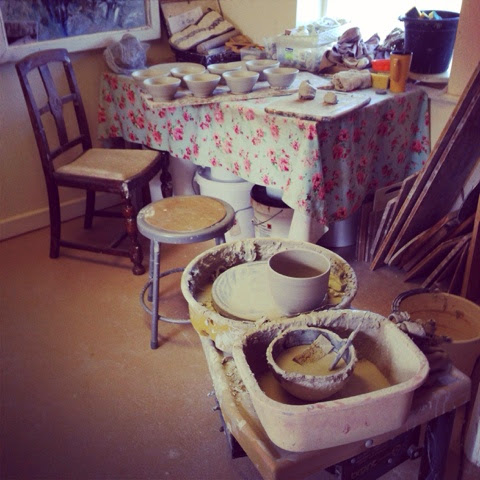 I've not had a lot of time off so far this Christmas, we had some late orders which I needed to make and I've been struck down by the dreaded cold that's going around, so it's either throwing or sleeping, not ideal but better now than later I guess.

I've been supplying Marcus Bean with products and he's been great helping us make contact with a few people. We're going to show at the 'Good Food Show's' in Birmingham next year and also at 'Taste' in London. It's forced me to develop my range and after Jon made me a load of batt's I've been throwing lot's of plates.

I'm trying out different styles to see what I like, and different finishes for the same reasons. I brought a flat ammonite for the plates surface which I'm playing with too, no discussions have been made yet on shapes etc but I do know that I'm going to offer three sizes of plate, dinner plate of course, side plate too, but also an in between size which I'll call a 'sandwich plate'. This idea came after talking to one of my customers who find sides plates to small if you want to add crisps/pickles/fruit to a sandwich serving but a dinner plate to big. When I have finished examples I'll load up some images. 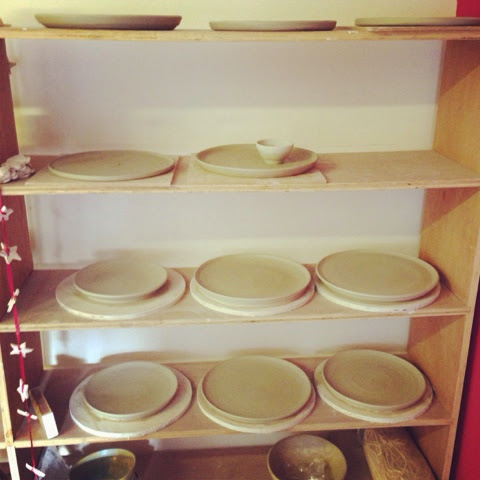 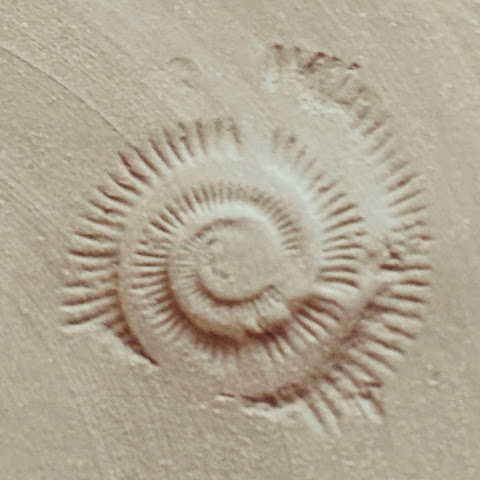 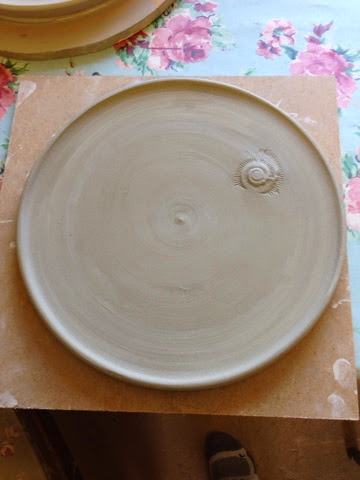 I've selected a few more glazes too, the middle bowl is an example of one of them. The kiln is firing today and once that's done I'll experiment with the others. 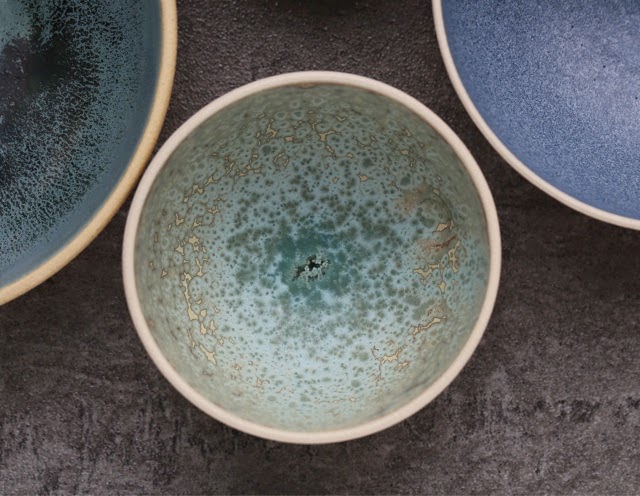 These three photo's again thanks to Stephen Perez. 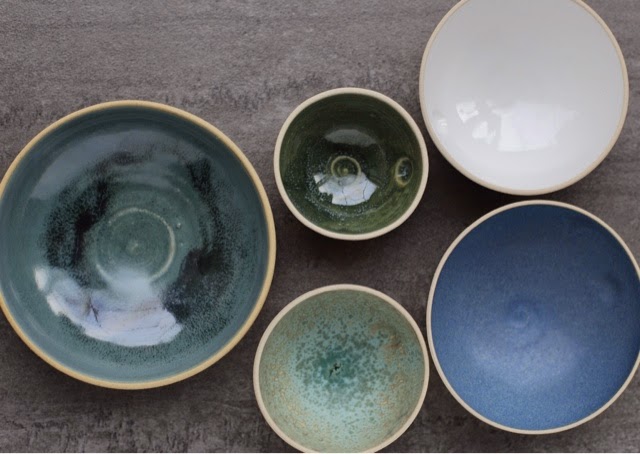 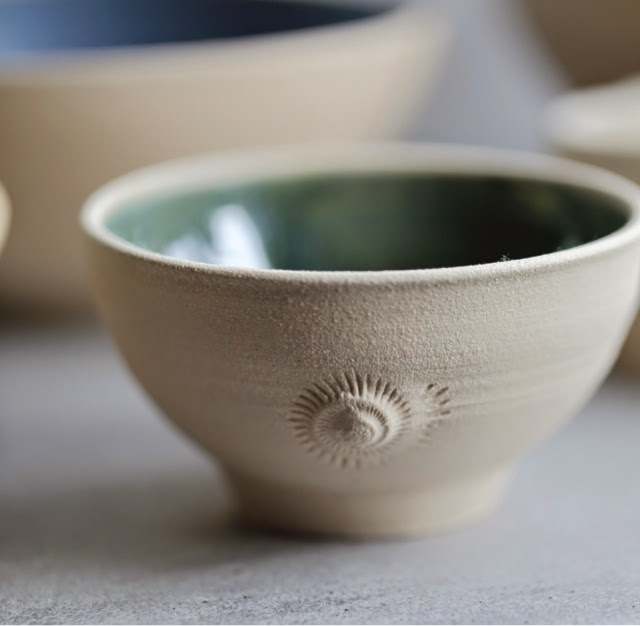 And with a week before the Christmas holidays are over I need to sort out the work for Shrewsbury Museum and Art Gallery, they are showing a selection of my work in their display cabinets including hearts for Valentines Day, and make plans for The Big Cake Show in Exeter in March, sounds a long way off but it's only twelve weeks or so. I'm finishing designs for cake stands. It's possible to throw a cake platter in one piece, just need a bit of practise! And once that's sorted, again find a style I like. All busy and all good!

Email ThisBlogThis!Share to TwitterShare to FacebookShare to Pinterest
Experiencing the festive season from a sellers point of view is definitely different. For years right about now has been the time of year for me to go and buy my pressies, why do I leave it so late!
We are having a flurry of sales which is great but trying to meet specific needs is hard when the making process takes a week or so for me, less so for Jon. I'm at the point now though where customers are having to choose from what I've got, no time left to glaze or throw specific styles and sizes, I've set the conservatory out as a 'pop up' to make it easier for customers and me!
We've been excepted to show at The BBC Good Food Show's, so looking at dates and logistic's right now and also Taste in London.
Right now however, finishing orders and trying to make some work for Shrewsbury Musuem for after Christmas, I will not be working Christmas Day! I'll be reflecting on the amazing year we've had and planning the next and hopefully having a lie-in! 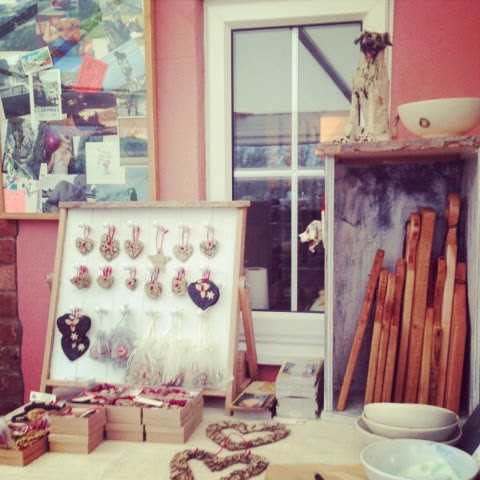 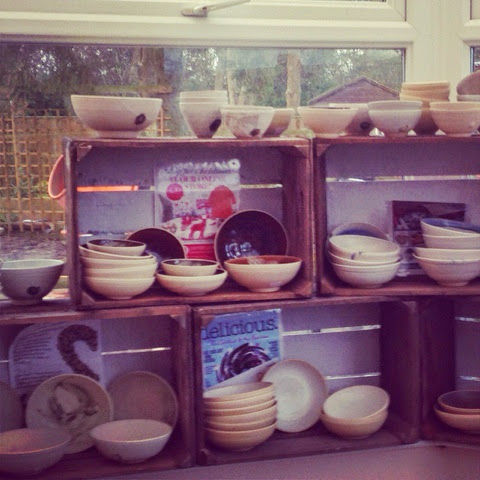 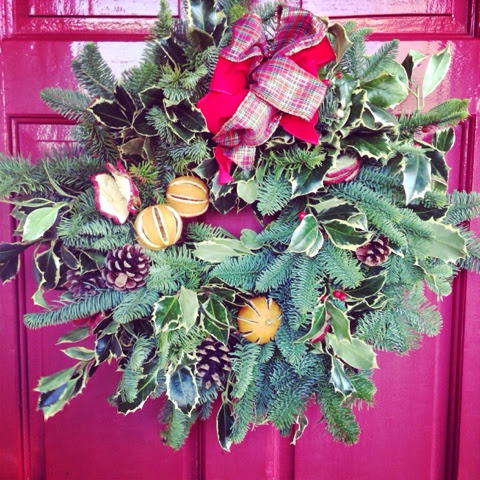 Email ThisBlogThis!Share to TwitterShare to FacebookShare to Pinterest
Things are a little mad here right now but I thought I'd add this link, if your a fan of our work follow to enter a competition to win a Sytch Farm Set! There's only a few days left! 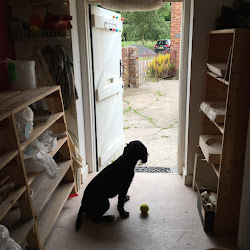 I'm a potter throwing practical and beautiful tableware which is dishwasher safe.
When throwing I'm supported by my beautiful dogs and read to by my trusty by clay clogged Kindle.
Visit my on line shop here Sytch Farm Studios